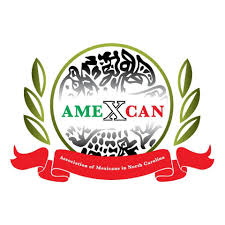 Greenville, NC: On October 3rd of this month, La Noticia (www.lanoticia.com) reported that Jessica and Gustavo Zambrano of New Hanover County, NC received a death threat in the mail in the form of an anonymous letter in regards to displaying a Mexican flag on their home during the celebration of Hispanic Heritage Month.

The article states that Jessica is a natural-born US citizen hailing from Hawaii, and Gustavo is a naturalized citizen originally from Mexico and flew the flag proudly on their home celebrating their Mexican heritage.

The anonymous letter containing explicit language said, “if you fly that Mexican flag again, it means war! The second amendment gives me the right and duty to bare arms and rid my country of people like you and your family, take down the f****** flag, or you will feel my wrath!”

Juvencio Rocha-Peralta, Director of the Association of Mexicans in North Carolina, Inc. (AMEXCAN), said, “AMEXCAN condemns this type of behavior, with everything going on in the world, it is difficult to believe that there is still is so much hate and racism in our nation.”

Furthermore, AMEXCAN, as an organization that advocates for the well-being and rights of Mexican residents in North Carolina, issues a calling to New Hanover authorities to launch a full investigation into the anonymous death threat, find the culprit and make them face justice.